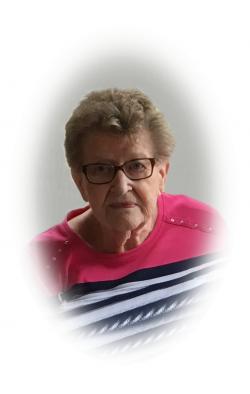 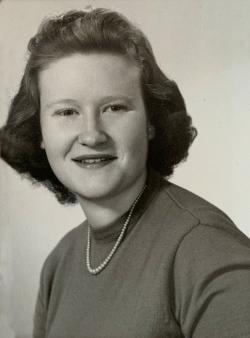 Arsenault - With deep sadness, we announce the passing of Marion, our loving and devoted mother and friend to all whose lives she touched, on July 6, 2020.

While at her side and in our arms, she peacefully left us after several months of illness in her 81st year at the Prince County Hospital.
She was born on May 13, 1939 in the spare bedroom in French River to Fred and Frances MacLeod. She was preceded in death by her husband Gilbert Arsenault in 1992.

Her devotion to her family was boundless. She adored her time with us and took great pleasure in the everyday simplicities of family life. She was often found sitting contentedly among us, knitting one of her exquisite creations, or preparing batches of preserves to be shared with others.

For those who knew Marion, you will agree that you could have no better friend nor defender. She appreciated deep personal connections with many friends and neighbors who can attest to her unwavering loyalty along with her great sense of humour and unforgettable one-liners. Sitting on the front step, sharing a laugh with a neighbor, or going for a Sunday drive were some of her favorite pastimes during her downtime. She was there for all occasions and always kept up with everyone even after they moved on. Friends and neighbors were just a part of Marion’s extended family.

She would want everyone to know that while her work here is done, she loved her Prince Edward Island community, particularly in Prince County where she lived, worked, and served as a volunteer for many years.

Marion will be remembered as a hardworking businesswoman and volunteer, with distinction. She spent many years working as the Manager of County Fair Mall and related properties. As a volunteer, she was the first woman to Chair the Prince County Hospital Foundation and also the first woman to be President of the Summerside Rotary Club where she also was presented with a Paul Harris Fellow. She was the inaugural Co-Chair of the Summerside Mayor's Medal of Honour Committee and was presented with the Charles Llewellyn Person of the Year Award. Her ability to see a project through was a wonderful gift that benefited many and her passing leaves a void within the community.

Included in the beneficiaries of Marion’s boundless energy was Rotary Club of Summerside where "Service Above Self" was a mantra she proudly wore for people supported by the Club. She stood out as an exceptional businesswoman and fundraising volunteer on many projects including the Rotary Library and Learning Centre and Rotary Friendship Park. In her passing, Marion expressed the desire to create a scholarship through Rotary to reflect her special interest in the development of business leaders, especially young women who she aspired to help support.

For those wishing to honour their friendship with Marion, and her legacy, Prince County Hospital Foundation is accepting memorial donations which will be put to good use in the purchase of priority hospital equipment to support the best care possible for the community.