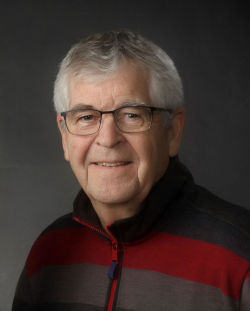 Sheen - We are sad to announce the passing of Donald Burleigh Sheen, age 80, of Stanley Bridge and formerly of Summerside. Don passed away peacefully on May 9, 2022, surrounded by his family.

Don was born on May 7th, 1942, to Gerald and Vivian Sheen in Summerside, PEI. With his wife Bette, he owned and operated Sheen’s for Shoes, a cornerstone of downtown Summerside, for 40 years, before retiring in 1998.

Don is predeceased by his parents and his sister, Gerri-Lyn.

He will be deeply missed by his family and friends.

Resting at Moase Funeral Home, Summerside. No visiting hours or funeral service by personal request. In lieu of flowers, memorial donations to the Prince County Hospital Foundation, The Canadian Cancer Society or The Canadian Mental Health Association would be appreciated.