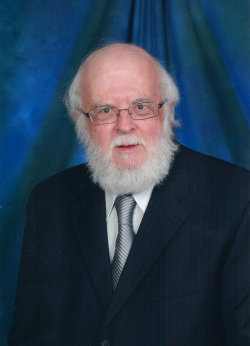 Wilson – The death occurred at the Prince County Hospital, Summerside, on Monday, July 18, 2022, of Rev. John A. C. Wilson, of Summerside, aged 78 years. Born in Glace Bay, NS, he was the son of the late Donald and Mary "Mae" (Campbell) Wilson. Survived by his wife Elaine Burrows; daughter Rev. Tara Ann (Max) Gourson; grandson Hunter; a sister Anne (Eric) Pugh; brothers-in-law Lorne (Beckie) Burrows and Jim (Leslie) Burrows; sister-in-law Mary Martin; nieces Jillian (Adam) Feberwee, Hannah Burrows, Catherine (Kevin) Alexander and Andrea Burrows; and by nephews Brett Pugh (Karla Widmeyer); Alexander Burrows (Lacey O’Toole) and Joel Burrows (Brandon); and their families. Predeceased by a brother-in-law Lloyd Burrows. Rev. John received a BA from Dalhousie University, Bachelor of Journalism from Carlton University, Masters in Health Education from University of Minnesota and Masters of Theology from Atlantic School of Theology. He was ordained to the United Church of Canada in 1976 and served pastoral charges in Escuminac, Quebec; Gays River, Emmanuel in Amherst; Beacon in Yarmouth; New Annan-Wentworth; and fourteen years on the Alberton-Elmsdale Pastoral Charge on PEI.  He had a keen interest in genealogy, and was a member of the committee that wrote "Goin’ To The Corner" - A History of Elmsdale, Elmsdale West, and Brockton- "Part 2 The People". He also researched the Wilsons, and other related family groups. He was secretary of the PEI Genealogy Association, ASTE, and other groups over the years. He was on a number of committees of Presbytery and Conference for many years. He enjoyed attending concerts, plays and other activities in the communities where he lived. Resting at Moase Funeral Home, Summerside, until Friday, then to Trinity United Church, Summerside, for funeral service at 10:30 a.m. Interment will take place later in Fisher Creek Cemetery, Green Oak, NS. Visiting hours Thursday from 2-5 p.m. Family flowers only. Memorial donations to Prince County Hospital Foundation, Trinity United Church, Summerside or a charity of your choice would be appreciated.